If you want a foldable bike to use for riding long distances, then you will need to invest in a larger option. This is because long distance bikes tend to have larger wheels, and this simply isn’t possible with a smaller foldable bike. It is possible to ride long distances with a bike that has small wheels, but this process will quickly become tedious. So, if you want to ride your bike for any distance that will take over one hour to complete, then you would be better off choosing a bicycle with larger wheels. 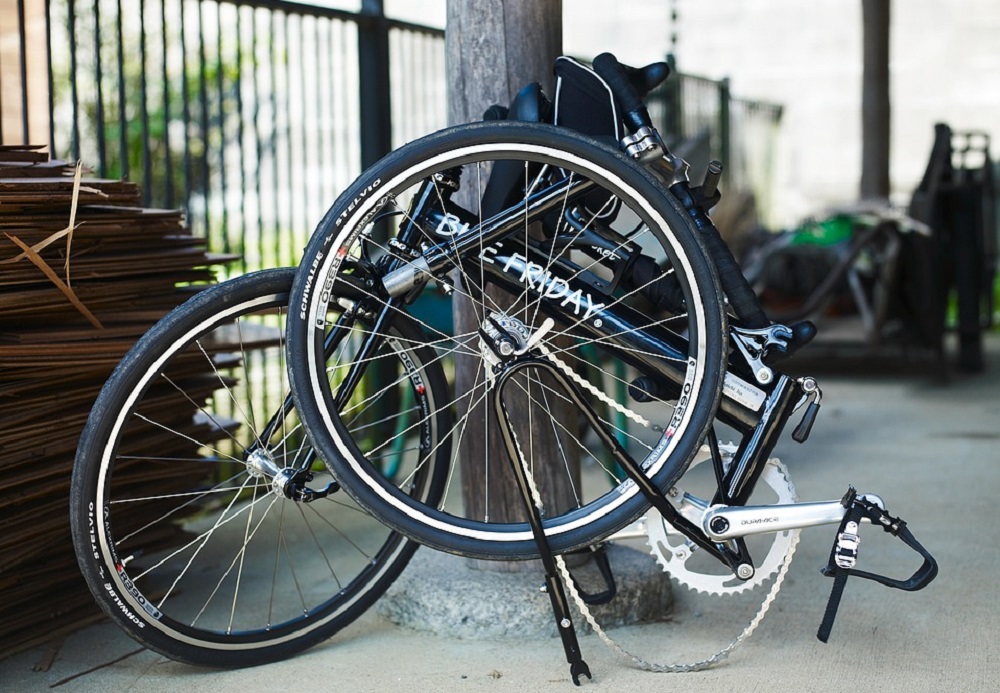 How far can a folding bike go?

There is no real limit to how far a folding bicycle can go. Generally speaking, people tend to opt for non-folding bicycles if they prefer long distance riding as they are more comfortable. But, there is nothing really stopping you from using a folding bike to ride long distances. At least from the bike's perspective.

Folding bicycles tend to be smaller than standard bicycles, which can impact how suitable they are for different riders. The bicycles that are designed for taller riders, generally tend to be bigger. So, if you are a taller person, riding a foldable bicycle might quickly become quite uncomfortable. This is why most people find folding bicycles unsuitable for long distance riding.  But physically speaking, there is nothing stopping a folding bicycle from being ridden for long distances.

So, there isn’t really a limit to how far a folding bicycle can go in terms of distance. The length that you are able to ride will only really be influenced by your own comfort, and how much discomfort you are able to withstand for the sake of covering distance on your bike. If you are of a smaller build, then it is likely that you will be able to cover more distance on a foldable bicycle with less discomfort, than if you were of a larger build.

But there really is no set distance to how long a foldable bicycle will last in terms of riding distance.

Are folding bikes good for touring?

Yes, folding bikes are very good for touring! A lot of people think that you need an expensive top-of-the-range bicycle to tour, but this simply isn’t the case. When it comes to touring, one of the most important things is convenience, and folding bikes have this in abundance.

When it comes to touring on your bicycle, you want a bicycle that can be easily folded away when you don’t need to use it. Yes, you will be covering a lot of distance when you are touring, but you will also be spending lots of time doing other things. So, a foldable bicycle allows you to use the bike when necessary, and also allows you to fold away when you no longer need to use it.

However, a folding bicycle is not ideal for every touring trip that you might go on. Touring that takes longer and covers further distances will require a bicycle that is insanely comfortable, and for a lot of people folding bikes simply aren’t able to provide this comfort. That is why most people tend to opt for a larger, standard build of bicycle for longer tours as these bikes are more likely to provide them with comfort as they travel large distances.

But, for some tours, a folding bicycle is the perfect option. In particular, if you are a beginner to touring, are touring with beginners, or are only covering a fairly short distance then a foldable bicycle is ideal. They are generally cheaper to buy, and are also easier to store away when you are not using the bicycle. Additionally, they are a great choice if you are someone who doesn’t really ride that often as you can easily tuck the bike away until the next time that you want to use it.

So, yes, folding bikes are good for touring. However, they are not best suited to longer tours. Instead, a folding bicycle would be a great choice for a shorter tour, or a trip where you are riding with beginners, or are a beginner yourself.