This depends on the kind of terrain the bike is being ridden over. On a normal sidewalk or road, then a road bike will be faster than a mountain bike.

This is because a mountain bike has thicker tires to absorb shock and go over rough terrain. On a flat sidewalk, this isn’t necessary and there is little resistance. 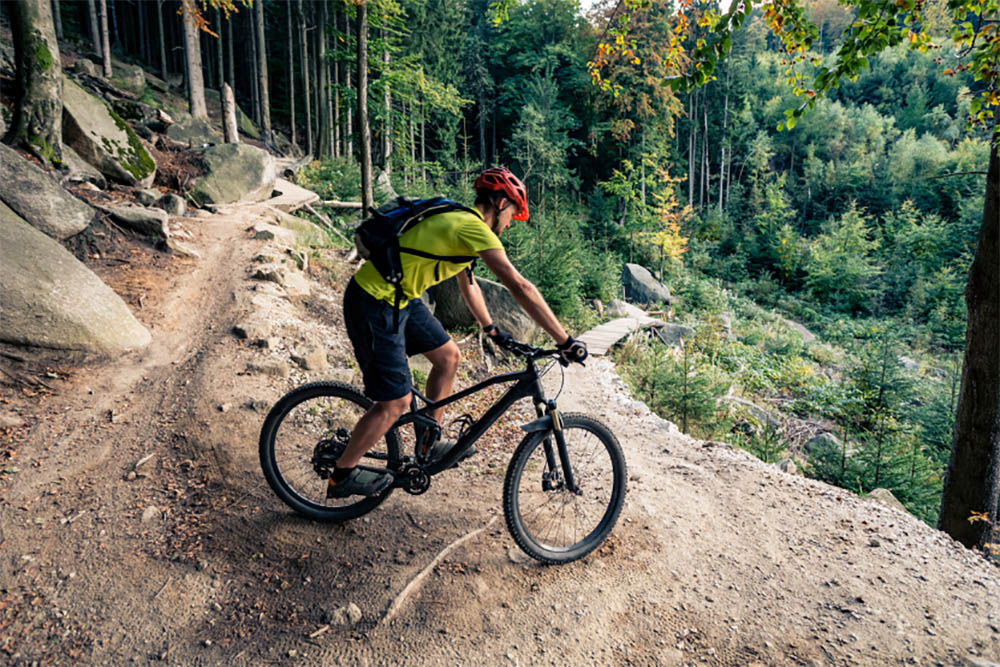 On rough terrain, a road bike won’t necessarily be any slower, but it will take you longer to ride.

This is because the thinner tires and standard suspension won’t be able to go over the bumps, rocks, and dips as easily.

Can a mountain bike be as fast as a road bike?

Not really. It is possible to change the thick mountain bike tires for thinner road bike tires.

But this will only go some way toward making a mountain bike faster. The suspension and wheels themselves will still make it slower.

Do mountain bike tires slow you down?

Due to their thickness, mountain bike tires will slow you down on roads and sidewalks, but not on a mountain or tough terrain.

You will be able to fly over uneven and rocky terrain on a good quality mountain bike. Which you certainly wouldn’t be able to do on a road bike.

Mountain bikes and road bikes are designed for specific terrain, hence their names. But, this doesn’t mean that you can’t ride a mountain bike on a road.

It just means that you will go slightly more slowly than if you were on a road bike. But this won’t make a huge difference.

How much faster is a road bike compared to a mountain bike?

Some will be relatively similar to road bikes and only be a little thicker. Whereas others can be incredibly thick and have very deep treads. 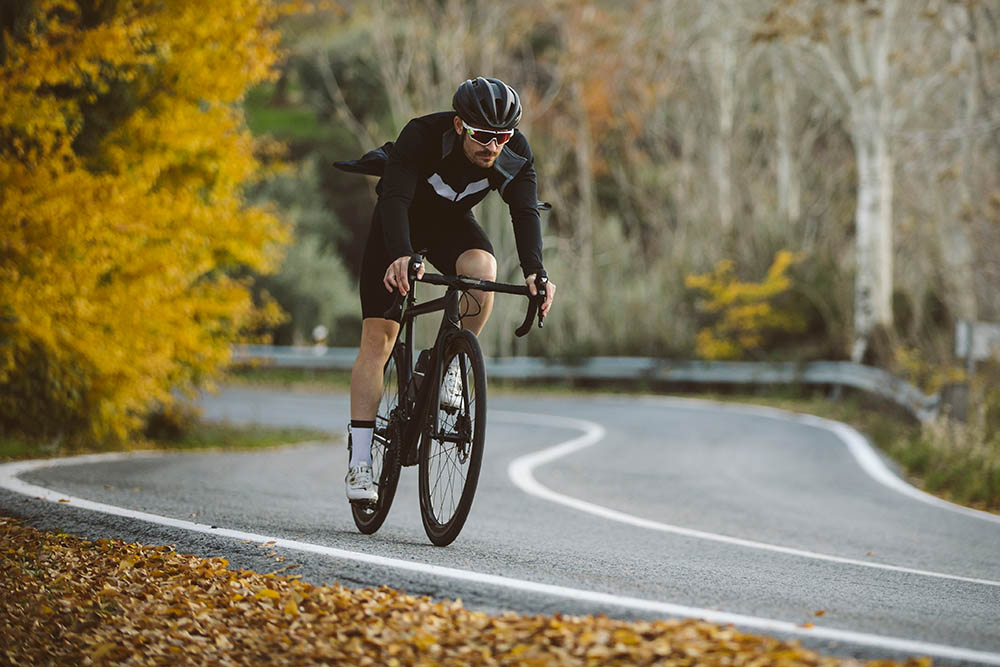 Thickness is a good thing when it comes to mountain biking, but not everyday road biking.

So there’s no real reason to buy a road bike as well as a mountain bike.

However, there is a good chance that riding a road bike on terrain better suited for a mountain bike will cause damage. Both to the wheels and the suspension.

Can a mountain bike be used as a road bike?

Technically, yes. But you will be much slower and require more effort. The wheels, tires, gears, and overall frame will be specifically designed for mountain biking.

As mentioned above, the tires are thicker and will be slower on a road than the thinner tires of a road bike.

A mountain bike will also usually be smaller and closer to the ground than a road bike. This helps to absorb shock and allows the rider to have more control.

This is why riding a road bike on a mountain bike route is not a good idea. On a more fragile road bike, it is easier to lose control and damage your bike, especially with a larger frame.

You will need more power and strength to use a mountain bike. But a mountain bike will absorb the shock of a steep drop better. And will also make it easier to go over rocky ground.

If the ground is difficult to maneuver and ride over, then a road bike won’t have enough traction and resistance to make it up the hill.

Can you use a mountain bike for casual riding?

It will also be frustrating if you’re riding with others who are on standard road bikes. They will be able to go much faster than you, and it can be difficult for them to keep pace with you, and vice versa.

The best solution is to have a road bike and a mountain bike. But this is an expensive option and should only be considered if you will be using both a lot.

You will simply be a little slower on the road, but it’s not a big enough inconvenience to get a different bike.

Should I get a mountain bike or hybrid?

If you will be riding equally on roads and on uneven terrain, then a hybrid is an option to consider. Hybrid bikes essentially have the best of both bikes.

They have additional padding and will provide more support than a road bike. But don’t have tires that are as thick, so you won’t be as slow.

Hybrid bikes are best for road biking and biking on dirt tracks and uneven terrain. But they aren’t great for very difficult terrain.

They won’t be strong and sturdy enough for rocky terrain, and wouldn’t be able to go over the same terrain that a mountain bike would.

So, if you will be mostly road biking but sometimes going off-road, then a hybrid is a good choice. But it won’t be able to replace a mountain bike, especially not on very difficult terrain.

Hybrids are great for switching between biking in the city and in the country, but not rocky or mountainous terrain.