The answer to that largely depends on who you are asking. Some people will say no, that it’s not an effective way to lubricate your bicycle.

Some claim that WD40 shouldn’t be used on a bike chain, and this is because WD-40 isn’t actually a true lubricant. It’s designed to be a solvent or to dissolve rust. 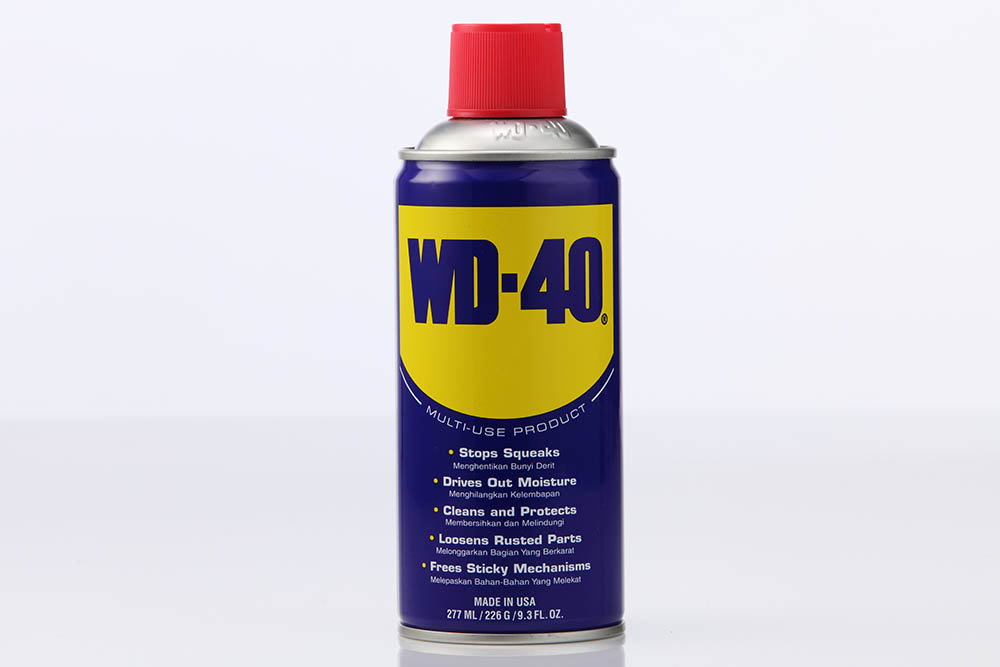 Instead, a lot of people will use things such as dish soap as a degreaser.

If you do want to use the WD40 on your bike chain, you can certainly do so - you’ll just need to make sure that you apply some designated bicycle lubrication as soon as possible after doing so.

It’s not the best choice as a long term solution, however.

On the other hand, a lot of people claim that WD40 is a fantastic choice for your bike chain. Here’s what you can do:

First of all, you should do everything that you can to degrease the chain of the bike. This will require a lot of effort, and you can scrub any grease away simply by using a bucket of soap water and a brush.

You need to be careful though since you can cause your bike a little damage when you attempt to scrub away the dirt and grease.

Once you have done this, you can then put some WD40 onto the chain to remove any of the dirt and grease that’s remaining.

Give it a little bit of time to do this. Then, get a brush and scrub it off again.

You should be able to do this rather quickly. Again, try to avoid vigorous scrubbing if you can, since this can cause some damage to your bike chain on some occasions.

After scrubbing, it’s now time to wash your bike! It’s best to do this with a bucket of clean water and a sponge.

There’s always the chance that some grease still remains, which is why it’s so vital to thoroughly rinse the bike chain. It also helps to ensure that the WD40 is completely removed before you put lubricant onto the bike chain.

As you can probably guess, the next step is to lubricate the bike chain. You can get a range of different products to do this, so you should look for one that best suits your specific bike.

The brand WD40 even makes its own lubricants for your bike that you can buy.

Ultimately it depends on what you’re willing to do. Some people aren’t overly fond of using wd40 on their bike chains.

For others, it’s a great way to save a little bit of time when trying to get a bike chain back to looking new. It’s up to you what you decide to do.

Can I use wd40 as bike degreaser?

WD40 is a jack of all trades kind of product. In theory, then, you could use it as a degreaser. WD40 can be used for a wide range of different purposes, and it’s great for use in your home and of course, on your bike.

Now, whether WD40 can be used as a degreaser does partially depend on the person that you are asking. There are many people that wouldn’t dream of using anything else. 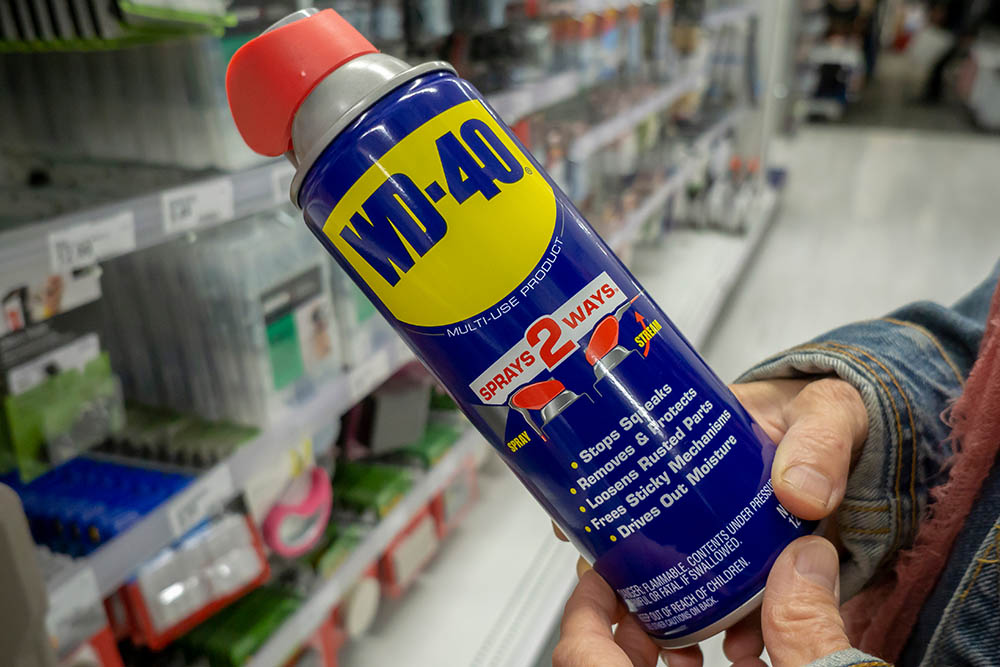 On the other hand, there are also people that would look at you in scorn if you even dare say that you want to use WD40 as a degreaser.

This is mainly because a large number of people would prefer to get one specific product to do the work for them.

It is still certainly true, however, that WD40 can be both an effective degreaser and lubricant for people who want a product that can do more than one thing.

It’s a great option for people that use the product on a regular basis. With that being said, it should be noted that you’ll likely need a much more effective lubricant if you haven’t used the bike for a while.

Degreasing your bike is simple with WD40. First, you just need to spray a little bit of WD40 onto the chain and the cassette of your bike.

This will put the degreasing in motion. You can then spin the pedals a little in order to allow the liquid to make its way through the chain and the cogs.

After you have done this, it’s simply a matter of washing the bike using a little bit of soapy water.

It’s vital to note, however, that you should not be putting WD40 on any bike parts that are made out of rubber and silicon.

These will disintegrate if they are cleaned with oil based cleaners, so it’s important to be cautious.

Don’t use the formula on things like your brake calipers and your brakes in general either. The performance of these parts will be in jeopardy if you use WD40 on them.

After you’ve finished the degreasing process, you’ll then need to use some lubrication. Put the WD40 back onto the cassette and chain after you have cleaned them both and proceed to spin the wheels.

Again, avoid the brake pads and the brake, but you can put a tiny bit on the brake calipers and the derailleur.

In general, using WD40 can be an effective way to degrease and lubricate your bike - it doesn’t take a lot of time either, and it will likely save you a lot of money since you aren’t buying a million specific products.

With that being said, there are certainly some products that will be better for your bike since there are lubricants and degreasers especially made for your bike.

For an easy solution, however, it’s certainly worth investing in a can of WD40.