One of the biggest priorities for many serious cyclists, especially bicycle racers, is improving their speeds and beating their personal bests.

While a significant part of boosting your cycling speed comes down to technique, skill, and strength, you also have to think about factors such as your weight, your clothing, and the design of your bike. 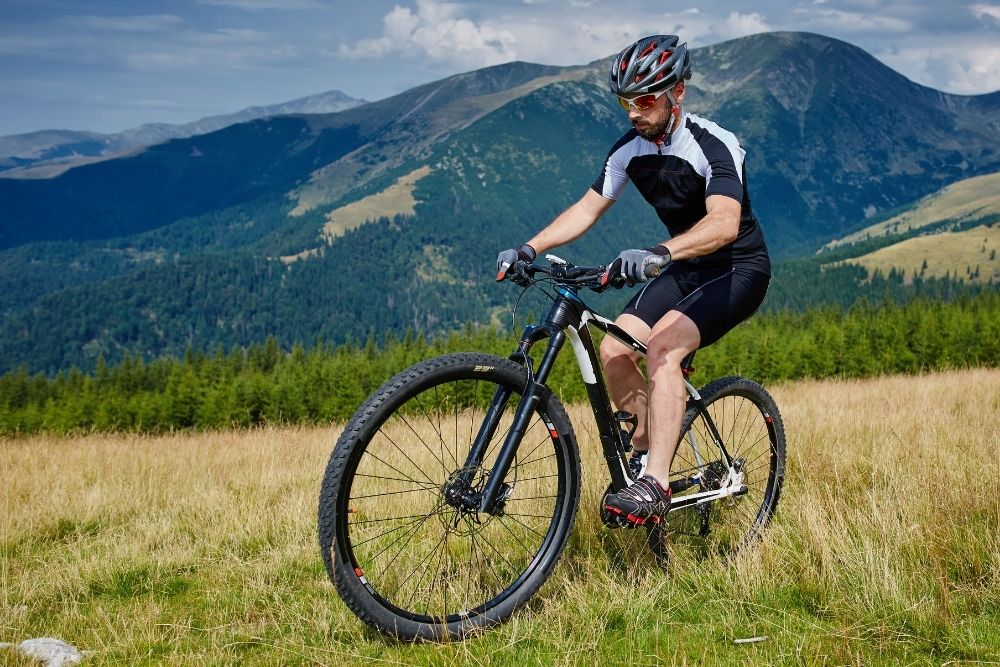 One piece of advice that we have seen circulating around the cycling community is that cyclists wishing to improve their speeds should invest in lighter bikes.

Although there is some truth to the idea that a lighter bike will be faster than a heavier bike, this does not apply to all situations.

In reality, the relationship between bike weight and bike speed is much more complicated than it’s often made out to be.

Today, we’re going to be discussing how a bike’s weight might impact its speed, whether bike weight really matters in the grand scheme of things, and how you can go about making your bike faster all around!

Does a Lighter Bike Make a Difference?

Although some cyclists are led to believe that the most reliable way to improve their bike speeds is to invest in a more lightweight bike, this is not always the case.

There are many factors that play into the speed at which a bike can travel, and while weight is certainly one of them, there are some other adjustments you can make to your bike (and yourself!) to improve its aerodynamics instead of simply scrapping your bike for a lighter one.

As we will see later on, a lighter bike is likely to make a difference to the ease of pedaling (on flat and uphill terrain).

However, the relationship between mass and speed when it comes to bike construction is impacted by a third, crucial factor: force.

The first thing to clear up at this point is that, yes, bike weight can absolutely affect speed in some respects.

However, the impact of an object’s total mass on speed is indirect.

Additionally, the effect of your bike’s weight on its movements will be very situational, which is why it’s impossible to make the blanket statement that a lighter bike will travel faster.

We know that science lessons aren’t necessarily everybody’s cup of tea, but in order to understand how a bike’s weight can affect its speed, we need to touch on some basic physics.

If you studied (or study) physics in any capacity, you’ve probably heard of the equation F = ma.

What this means is that the mass of an object impacts the amount of force that is needed in order to achieve acceleration of the said object.

So, the weight of a bike will play a part in determining its speed in the sense that a heavier bike will need more force acting on it in order to accelerate.

The forces involved in this case will be the force generated by your legs on the pedals, as well as gravity and drag.

However, as we will see, the fact that weight is involved in the equation does not always mean that a heavier bike will travel more slowly in all environments and situations.

Is It Easier to Pedal a Lighter Bike?

One advantage that a lighter bike is almost always guaranteed to have over a heavier bike is that, barring mechanical problems that cause the pedals to turn more stiffly, a lighter bike will be easier to pedal.

However, this only really applies to pedaling on flat terrain or pedaling uphill. If you’re traveling downhill, chances are, you won’t really need to pedal, so the ease of pedaling doesn’t come into the equation.

Will a Heavier Bike Go Faster?

It might surprise some of our readers to know that in some cases, a heavier bike will travel faster than a lighter bike.

How is this possible?

Well, although the extra gravitational pull of a heavier bike when pedaling up a steep incline will definitely slow you down, the opposite is true when moving downhill.

When the terrain is sloping downwards, a heavier bike will be better able to act against the oppositional wind speed.

Although weight loss is often recommended as one of the best ways to improve your cycling speeds, cycling downhill is an entirely different story.

Ultimately, it doesn’t matter where the weight comes from between the bike and the cyclist.

The heavier the combination of bike and rider when traveling downhill, the faster they will travel downhill, and the slower they will move uphill.

So, does bike weight really matter? Well, yes - to an extent.

If you’re pedaling uphill, for example, the advantage of having less gravity and drag force acting on you will be invaluable.

However, as we saw in the previous section, you might actually be better off using a heavier bike if you’re cycling downhill because the extra force of gravity will be on your side in this case.

So, depending on the incline or decline of your cycling terrain, the weight of your bike can matter a great deal when it comes to acceleration.

With that being said, it’s important to remember that other factors besides the weight of your bike play into your ability to cycle faster.

How Can I Make My Bike Go Faster?

If you feel that your bike’s speed is holding you down at the moment, there are a couple of approaches you can take to rectifying the situation.

First of all, if you can lower your handlebars, we would recommend doing so.

Lower handlebars are one of the key features of aerodynamic bikes because they guide the cyclist into a position with a lower center of gravity.

It also helps to make your bike more streamlined to minimize the amount of oppositional drag acting on it at any given moment.

A streamlined bike should have a slim frame with minimal protrusions.

Essentially, anything that makes your bike wider will increase the drag force acting upon it and make it travel more slowly.

However, what many cyclists don’t realize is that their bicycle only accounts for about 30% of the total drag acting on them as they pedal.

This means that 70% of the drag holding you back from achieving those top speeds is actually acting on your body, your clothing, and your protective gear.

This is why wearing skintight clothing that doesn’t catch on the wind as you move, streamlining gear such as your helmet, and even losing some weight (if you can healthily do so at your current weight) can really help to boost your cycling performance.

Ultimately, while a lighter bike might help you to move faster in some situations and save you energy when pedaling uphill, weight is only part of the equation when it comes to choosing a bike that’s built for speed.

Although you’ll almost certainly be able to pedal faster when racing uphill on a lighter bike, the opposite is likely to be true when going downhill.

In this case, a heavier bike will accelerate faster than a lighter bike to the increase in momentum. This just goes to show how situational the impact of bike weight on speed can be.

What isn’t situational, however, is the impact of a high-quality, aerodynamic design on the speed of your bike.

If your bike is built to be aerodynamic, with low handlebars, a streamlined frame, and strategically positioned attachments, you will be able to travel much faster.

Moreover, wearing skintight clothing, streamlining your protective gear, and even making changes to your physique, if it is safe for you to do so, can go a long way towards helping your bike to be more aerodynamic in general.

You can have the lightest bike in the world, but if your own weight is high enough to counteract the benefits of the lightweight bike, you will still travel more slowly uphill and more quickly downhill.