Contents show
1 Is driving more dangerous than cycling?
2 Is it safe to cycle on the road?
3 What are the dangers of cycling?

The risk of danger is slightly higher if you are riding a bicycle on a road, rather than in a car. This is because you are better protected when driving in a car, as you are inside the car. Whereas when you are riding a bike there is nothing to protect you from any oncoming vehicles and traffic, other than the clothing on your back and the protective equipment that you are wearing. 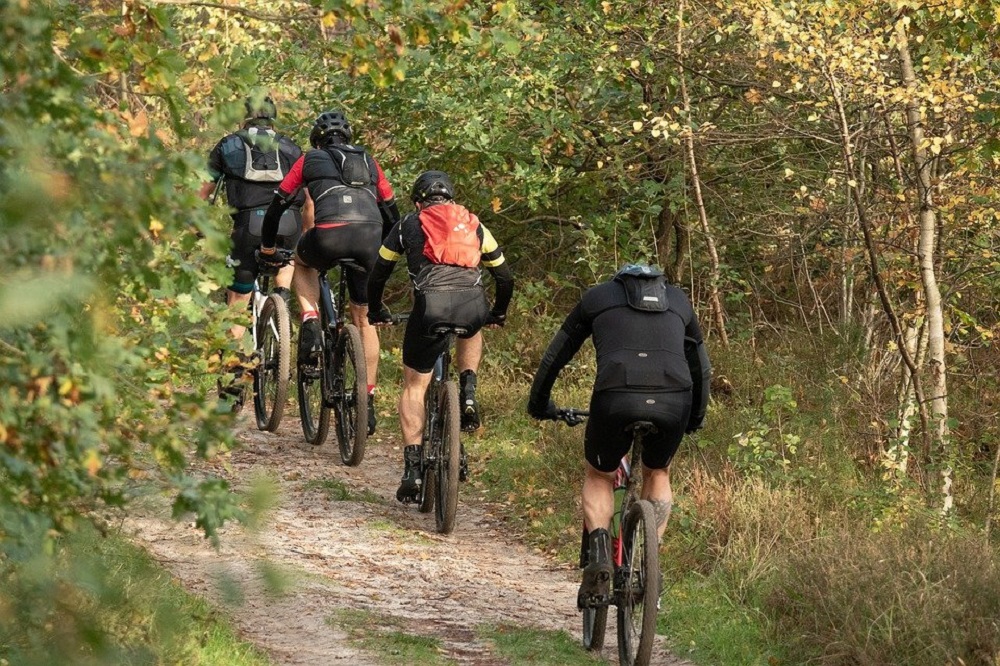 So, if a collision occurs between two cars, then the passengers will be, somewhat, protected by the metal exterior of the vehicle. Whereas if a bike collides with a car, the passenger in the car will be protected by their vehicle, but the bicycle will offer no protection to its rider. This is why it is often viewed as dangerous to ride a bicycle on the road, even though car on car collisions happen far more regularly.

This means that, yes, cycling on the road is dangerous. But it is in no way more dangerous than travelling in any other type of vehicle on the road.

Is driving more dangerous than cycling?

No, statistically speaking, driving in a car is not more dangerous than cycling your bicycle. Even though car on car collisions are fairly common, the majority of these do not result in serious injury as being inside the car actually offers some protection. Whereas, the majority of bicycle on car collisions usually result in serious injury to the person riding the bicycle.

Of course, there are lots of protective measures taken by cyclists every single time they ride their bike on the road. However, these safety measures will only protect the rider so far. After all, if a car hit another car at a high speed it would cause a lot of damage. Let alone if that high speed car was connecting with a person peacefully riding their bike.

It is for this reason that cyclists are actually categorized as ‘vulnerable road users’. Not only do they have limited protection against injury, but cyclists are also unable to reach the high speeds that motor vehicles are able to hit. This makes them more at risk of being crashed into as they will be unable to move out of the way of a threat due to their limited speed.

So, no, driving is not more dangerous than cycling. Even though car accidents are pretty common in cars, the majority of the time those involved in the crash will be protected by the vehicle they are in. Unfortunately, cyclists do not get this level of protection from their bicycles.

Is it safe to cycle on the road?

Yes, it is safe to cycle on the road. Even though we have discussed the potential health and safety risks associated with this form of exercise, cyclists should generally feel safe while they are out on their bicycles. This is because cycling is a generally safe activity, but if you cycle on the road there is a greater risk of accidents as motor vehicles are also active on roads.

There are lots of ways that you can make cycling on the road safer for yourself. One of which is to cycle in numbers. There has been a great increase in the number of cyclists who cycle in groups, rather than alone. This is because, in numbers, you will be more noticeable to other road users and this should reduce the risk of your bicycle getting into an accident with a motor vehicle.

If you are a cyclist, it is very important that you always remember that cycling is not a dangerous activity. Even the risk of getting into a road traffic collision is relatively low, so you shouldn’t let this put you off getting on your bike. As long as you take the necessary safety precautions, always wear your helmet, and always keep your eyes focused on the road (and its other users), and be aware of your surroundings (be proactive and anticipate other's actions); thus, cycling is perfectly safe.

So, yes, it is safe to cycle on the road. You just have to make sure that you take the necessary safety precautions and keep yourself focused at all times.

What are the dangers of cycling?

If you are cycling on the road, then there are some general areas that are more dangerous than others. Generally speaking, these areas of risk are just as dangerous in a car as they are on a bicycle, so you should use a lot of caution when cycling in these areas.

The first particular area of danger is T-junctions. When it comes to claims for personal accident and injury, a lot of those related to bicycle crashes occur near T-junctions as it is easy for drivers to lose focus in these areas.

Additionally, a lot of accidents also happen at roundabouts as a lot of drivers tend to get confused about what lane they should be in. This confusion can cause people to make decisions in haste, and may prevent them from paying full attention to their surroundings when moving lanes. This is why accidents tend to happen a lot more often at roundabouts than other areas of the road.