It’s difficult to provide a definition or strict interpretation of the term, as not everyone agrees on the distinguishing features that define a drop-bar mountain bike. For the purpose of this piece, I’ll go with the majority.

Firstly, the bike obviously needs to have a drop-bar, who’d have guessed? A second distinguishing feature is tire size. Much like a true mountain bike, the tires need to be wide enough to attack some of the most tricky and demanding terrains.

Therefore, a minimum tire width of 2.1” will provide some kind of framework when picking my top eight options. I’ll also look to take into account a selection of other features, such as design, bracket size and number of mounts.

Please keep in mind that the following eight bikes are just my favorite picks. They’re by no means conclusively the best options for everyone, with many other mountain bikes out there with drop-bars that are equally as impressive and efficient.

The first drop-bar bike on the list is the Kona Sutra LTD, an incredibly versatile option. Whether you want a classic tourer or a bikepacking rig, the frame is equally suitable for both.

The bike itself rides smoothly, with impressive speeds similar to those of a road bike. It’s also made from an all steel frame and fork which provides added bump absorption and enhanced ride quality.

In terms of key features, the bike’s generous tire clearance allows for 29ers, a wide 16-degree flare bar is ideal for aggressive descending, and the bike also comes with the 73mm race face bottom bracket. 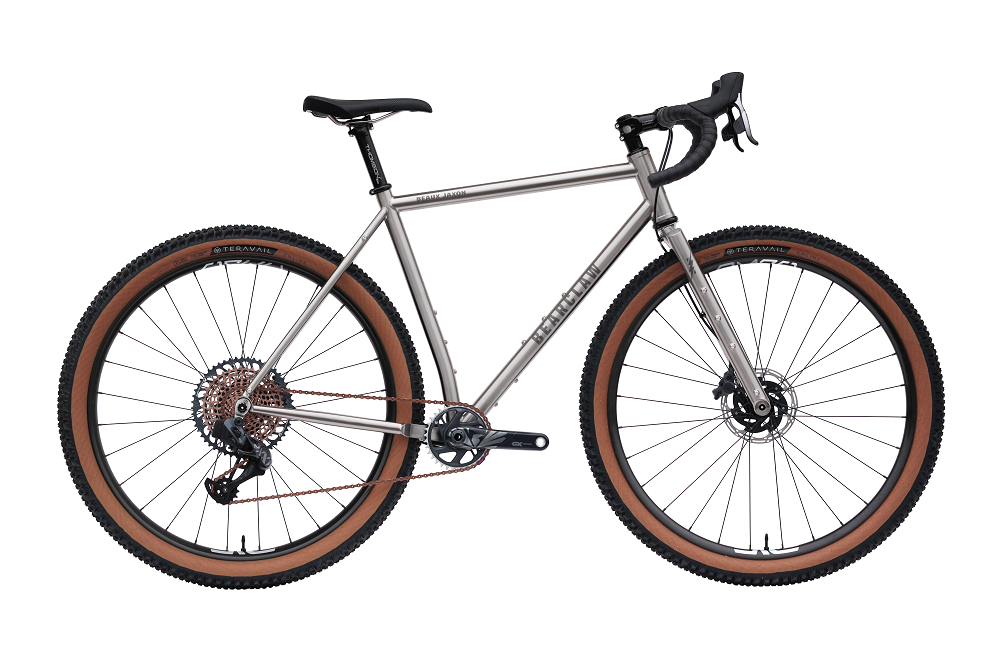 The Beaux Jaxon is proudly declared by Bearclaw as the first drop-bar bike in the history of drop-bar bikes to accept 27.5 x 3.0” and 29 x 2.6” tires while “maintaining all-road geometry.”

Nevertheless, it’s the uniqueness and adaptability of the Beaux Jaxon which is its greatest selling point. Some of the bike’s key features include: a 148 x 12mm Boost thru-axle frame, three triple boss mounts on the frame, and a 73mm bottom bracket. 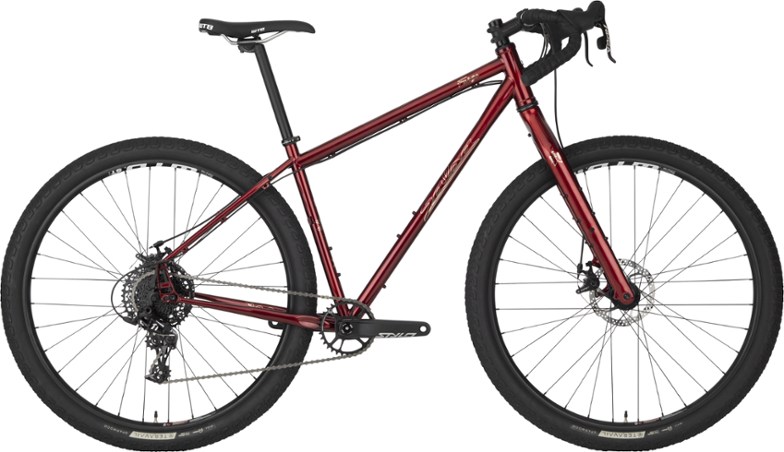 The Fargo is one of the most popular drop-bar mountain bikes on the market. Designed for long distance rides, it’s perfect when equipped with 29ers, or anything from 27.5” and above.

Salsa has refined this bike over time, making it an incredibly versatile machine. With a 70mm BB-drop, the bike can run pretty much anything.

Taking the 2020 Fargo Apex 1 for example, some of its key defining features include a steel frame and carbon Firestarter 110 fork, paired with a SRAM Apex 1 drivetrain. This facilitates smooth and simple shifting. 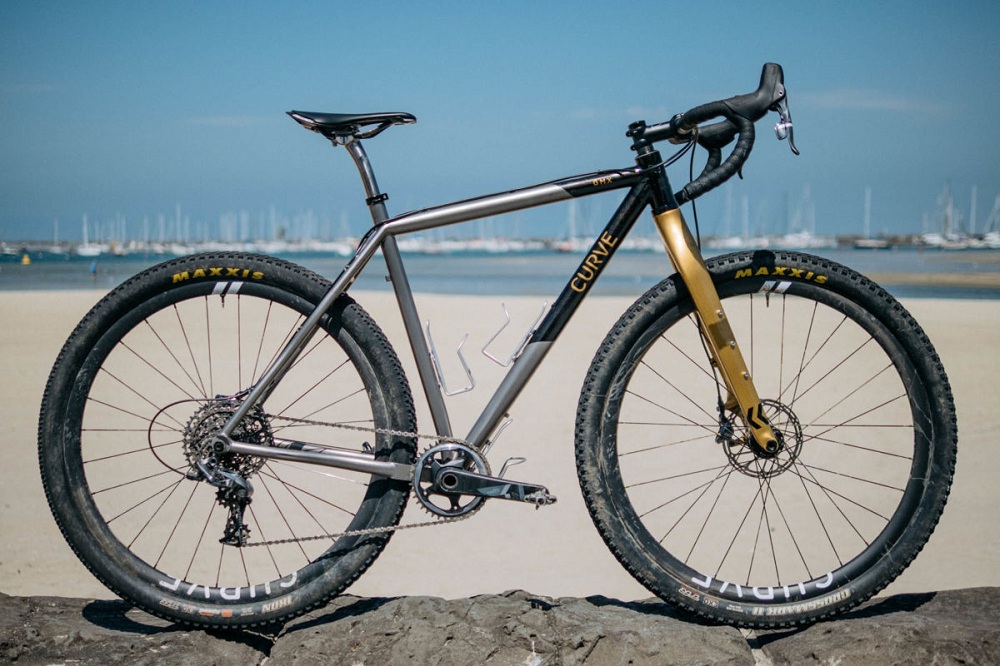 A true drop-bar 29er, the Curve GMX Overlander has a titanium frameset that comes equipped with massive tire clearance, as well as a ton of handy mounts.

This bike is high-performing and capable of anything on the right terrain. In its niche, there isn’t another bike that tops it.

The GMX Outlander is at its best when it’s ridden on the type of off-road adventure that throws everything at you.

It’s these routes where a cross bike isn’t enough, but a rider still wants their road position on a platform to be as capable as any fully rigid mountain bike, where the GMX comes into its own. 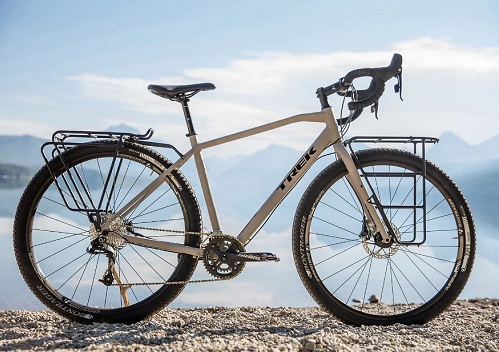 The Trek 920 is perhaps one of the more surprising inclusions on the list. It’s seen by many as an updated version of a traditional touring bike in the sense that it offers both the load-carrying abilities of racks, as well as some modern features and materials.

The bike also has generous tire clearance and powerful brakes. It’s worth noting that while the thick tires help the bike to ride more comfortably and securely, they don’t do much to enhance the ability of this machine. 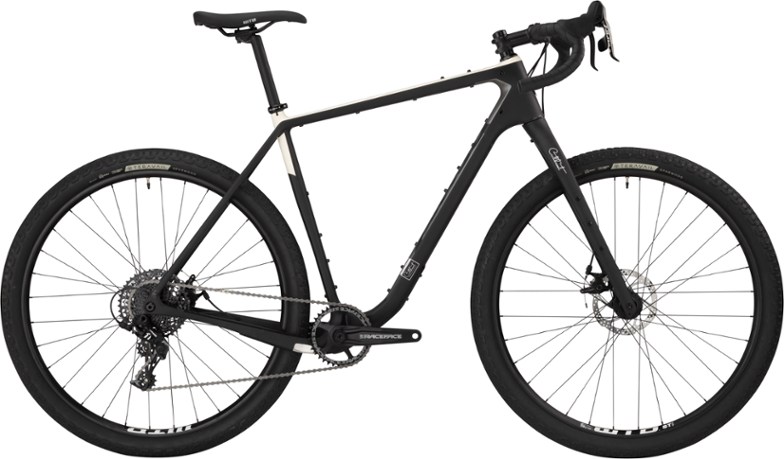 The second offering from Salsa on this list is their Cutthroat bike. The Cutthroat is a full carbon drop-bar bike that’s incredibly versatile and one of the best options for sure on the market.

Whether you’re aiming for long mixed terrain rides where comfort is a priority, or you’re looking for a bike to tackle trails that veer on and off the gravel roads, this drop-bar mountain bike can do it all.

It also has tons of available space to store everything you need on a long adventure. To put it simply, a brilliant all-round machine. 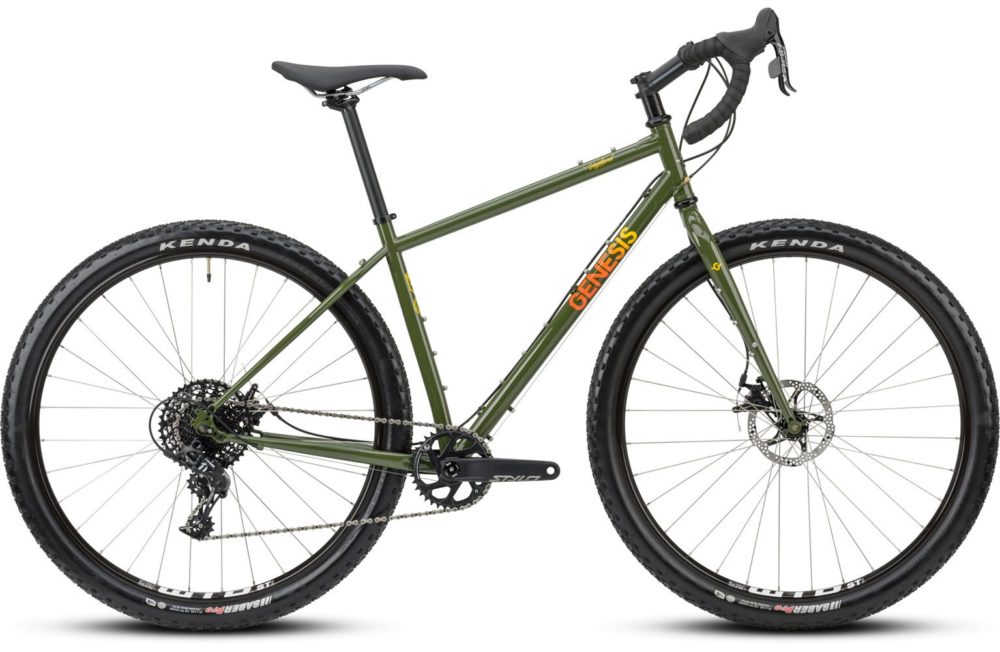 As put by Genesis themselves, the Vagabond is the “illegitimate love child of a road and mountain bike”. The sort of machine that has long been the staple for many a shed tinkerer.

As its name suggests, it’s a versatile bike that can be used in a range of different disciplines.

Some of its best features include clearance for 29ers, thru-axles, and a number of mounts. This all steel bike is a solid option which challenges some of the other versatile machines on the list such as the Kona Sutra LTD and Salsa Fargo. 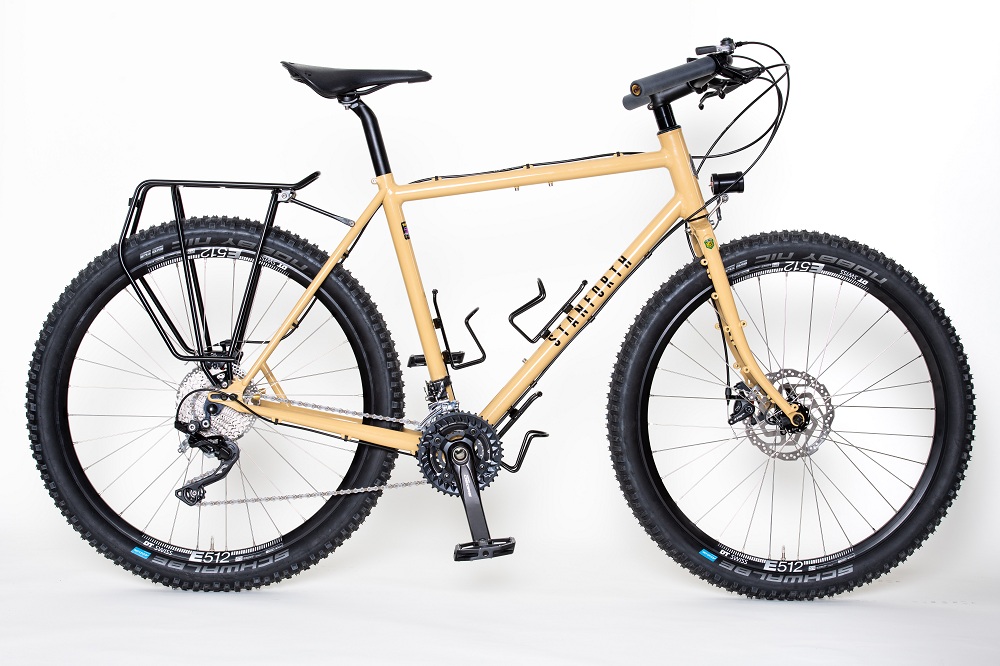 This drop-bar bike is built for loaded riding, primarily off the beaten track. Constructed by UK-based Stanforth, the Pamira is handmade to order in the UK, and at no extra cost, can be specifically tailored to your measurements.

It’s a machine full of handy features ideal for long distance rides. The frame features bosses for both front and rear racks and four bottle cage mounts, as well as a further three-pack bosses on the fork. 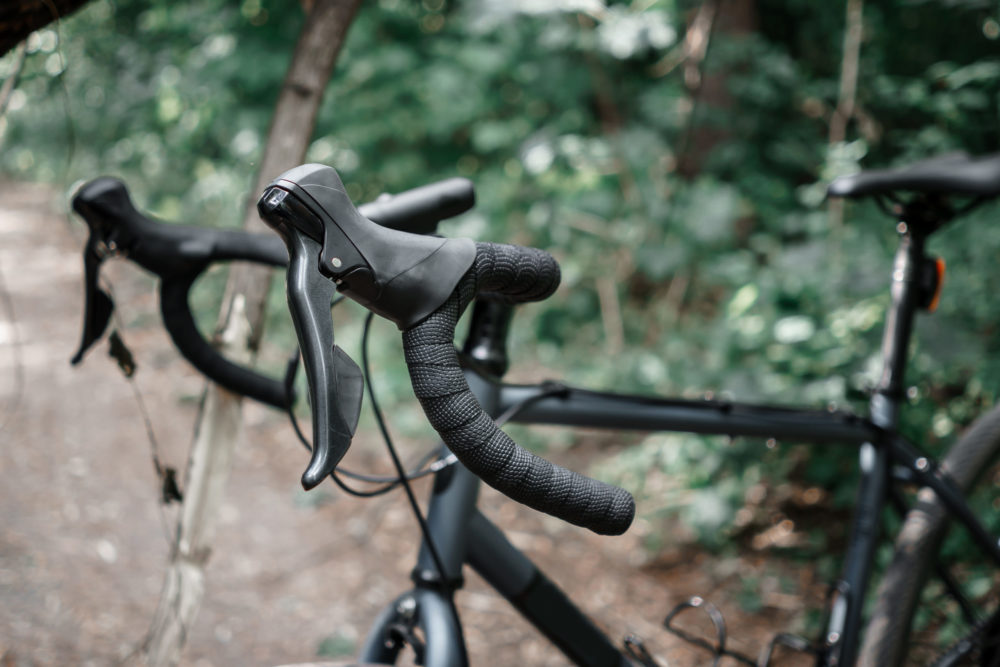 As seen above, there are some great options available if you’re looking for a high-quality drop handlebar mountain bike.

Each one has their own particular strengths, but my personal favorites, and the ones I’d recommend most highly are Salsa’s Fargo and Cutthroat models, as well as the Konta Sutra LTD.

All three have incredible all-round quality and exhibit impressive levels of versatility.