The debate between different cycling disciplines has existed since the very beginning. Which style is more difficult, which is cooler, which is a better workout…

These are all questions that have been asked a lot over the years as the popularity of both sports wax and wane.

There are passionate fans and cyclists of both disciplines. While they seem comparable, even similar, there are a large number of differences between these disciplines that makes deciding which one is more difficult a nearly impossible task. 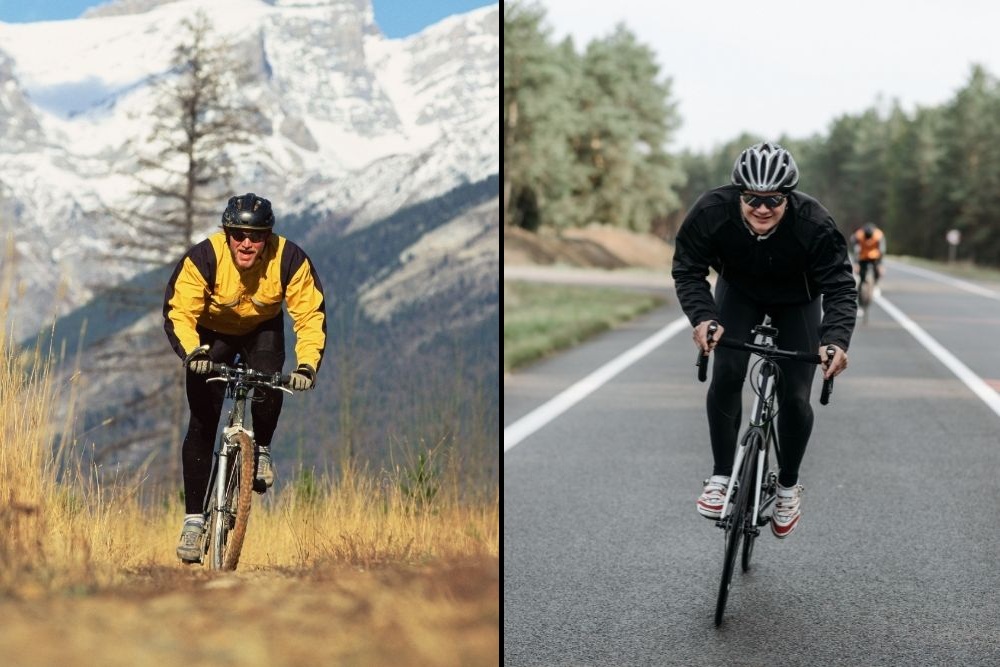 The first thing to do will be to establish what both disciplines focus on, their key differences, and challenges.

Road cycling is a long-distance type of biking in which cyclists usually ride very long routes sticking to paved roads and tarmac, maintaining high speed, and covering a lot of ground.

Road cycling also has a lot of difficulties and challenges of its own that make it very difficult.

First and foremost there is the design of the road bike itself, which is often very different from any other bike you may have ever ridden.

The extremely narrow tires are the most key and obvious difference that affects the balance, maneuverability, and speed of your cycling.

Road bikes are also usually very lightweight to improve the speed and efficiency of your pedaling and have a design and profile focused on aerodynamics such as drop bars, thin tubing, and forks.

Road bikes also have a wide gear range to give plenty of control over your speed on the various types of terrain you may come across. 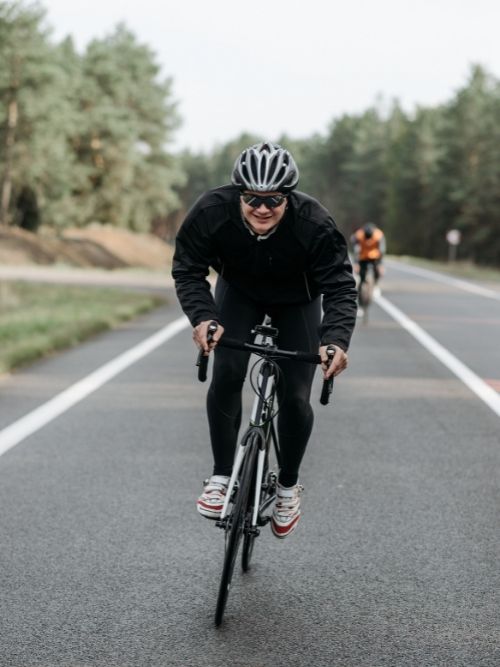 All of these features make road cycling very difficult at first, as the unique characteristics of the bike take a lot of getting used to, but there are several other difficulties that should be highlighted also.

There’s the simple fact that road cycling is incredibly dangerous, by virtue of riding at high speed on routes also used by cars, lorries, motorcycles, and pedestrians.

There are a vast number of variables that road cyclists need to remain vigilant of, and small lapses in concentration can have dire consequences.

Cars and lorries weigh several tons and can be terrifying to share the road with, especially as motorists often find themselves getting frustrated with road cyclists due to their impatience or poor etiquette by the cyclists.

There are also changeable conditions that affect roads. Rain, ice, and other hazards that can plague roads can make road cycling very difficult, and often these hazards can be difficult to spot or vary on different sections of the route.

The speed that road cyclists are riding at and the relative lack of protection road cyclists have makes these hazards difficult to navigate.

Cyclists need to navigate all these hazards and difficulties while also trying to remain safely tucked into the side of the road, signaling where required, controlling the bike, and pedaling hard over very long distances.

All of this combined makes road cycling one of the most mentally and physically demanding sports in the world, and definitely one of the most difficult cycling disciplines.

So how can mountain biking possibly compare to the unique difficulties of road cycling?

It's a fair question, given that road cyclists often ride further than any other discipline, and have to deal with a lot of hazards other cyclists don’t.

Quite simply, mountain biking has its own set of unique difficulties that make it as difficult, if not more difficult than road cycling.

For starters, mountain biking is, as the name suggests, biking that usually occurs on or in the mountains.

This means that mountain bikers have to face some of the most difficult terrains of any cycling discipline.

There are often long, extremely steep climbs and fast, technical descents that would be totally unnavigable using any other style of bike. 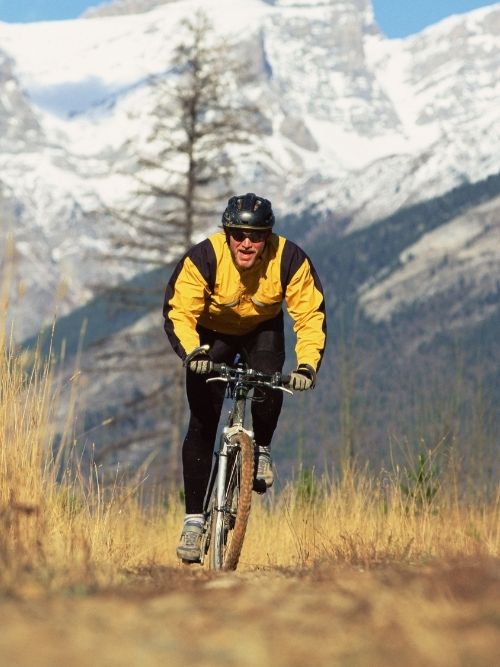 The technical nature of mountain biking has a huge impact on the difficulty level, in a few ways.

The sheer difficulty of traversing this type of terrain means mountain bikes have to be specially built to withstand the strain, as well as to help riders to stay safely mounted on their bikes.

The harshness of the terrain does mean that mountain bikers often don’t ride as far as road cyclists, with the most popular mountain biking trails averaging around 10 to 15 KM in length.

There are some trails that are much longer than this, however, offering some of the most difficult challenges to any cyclist.

There are also other hazards, such as the wildlife that often dwells in the remote areas where mountain bikers roam.

Everything from boars to bears to bugs can pose a threat to mountain bikers, and they can’t be reasoned with, unlike the pedestrians that road cyclists have to contend with.

There are more than a few documented cases of mountain bikers having to face down brown bears or hurtle down the mountain alongside wild deer or goats.

The unpredictability of this can add a very unique challenge to your day at the trail, however, the thrill of interacting with nature can be a huge reward for some.

Overall, it’s pretty evident that both road cycling and mountain biking have many unique challenges that riders have to overcome.

These challenges, while very different, often require a lot of the same skills.

Cyclists of both disciplines need alertness, endurance, great reflexes, and a healthy dose of bravery to face either style of riding, so much so that it’s very difficult to discern which style is more difficult than the other.

Really the key thing is to focus on enjoying whichever discipline you prefer, and strive to push yourself and improve, without worrying about comparing yourself and your achievements to others.