There are many interesting facts to learn about bikes and the world of cycling.

For example, the longest tandem bicycle ever built was able to seat 35 cyclists and measured over 20 meters in length! It’s also mind-blowing to think about the fact that, every four seconds, somewhere in the world, a new bike is manufactured. 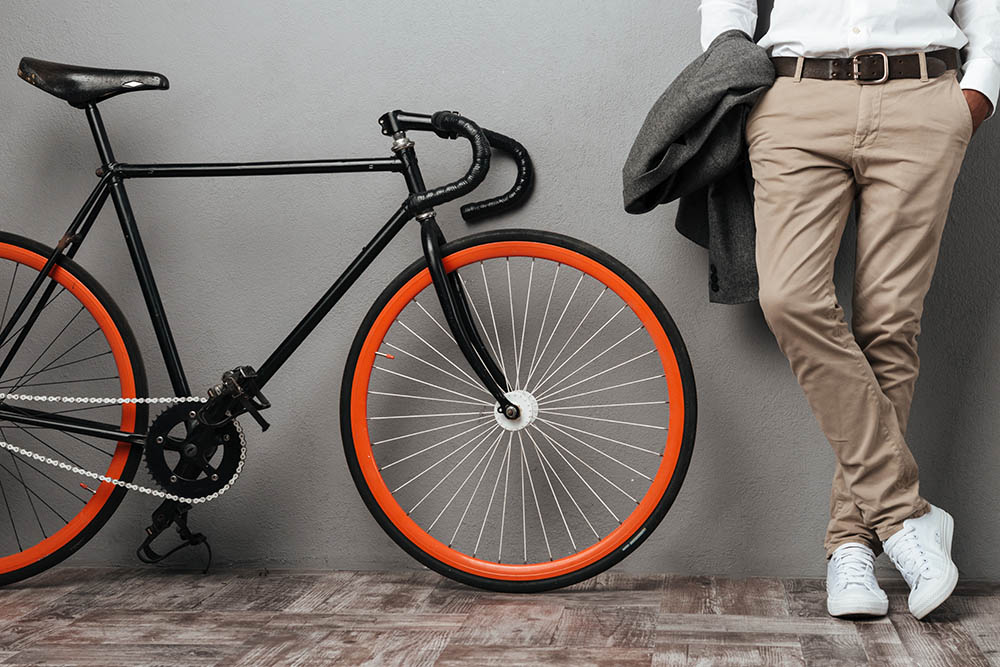 Another fun fact about bicycles is that, if you look closely at the construction of men’s and women’s bicycles, you’ll notice that men’s bikes have a crossbar while women’s bikes, for the most part, do not feature one.

Believe it or not, there is a historical explanation for this difference in design.

We’ll be exploring the reason behind the presence of crossbars on men’s bikes as opposed to women’s bikes in today’s article, as well as a couple of other questions related to the subject.

What is a Crossbar?

For anyone new to the wonderful world of bike anatomy, we should start by clarifying exactly what a crossbar is, what it does, and why it’s important.

A crossbar is a horizontal bar positioned between the seat post and the handlebars of a bicycle. The purpose of a crossbar is to provide extra support for the frame.

Bicycle frames are designed to support a lot of weight, but even a strong steel frame can begin to buckle after years of heavy-duty use.

Crossbars come in to deliver structural support for the frame in between the seat and handlebars, where the majority of the cyclist’s weight usually sits.

Why Don’t Women’s Bikes Have a Crossbar?

One way of asking about the difference in construction between men’s and women’s bikes is to ask why men’s bikes have crossbars.

However, considering the structural importance of a crossbar to bike construction, the better question is, ‘why don’t women’s bikes have crossbars?’

In order to answer this question, we’re going to need to take a trip back in time to 1885 and the invention of the safety bicycle.

The safety bicycle, as it was known at the time, is basically the bicycle that we know today.

It was generally viewed as a more modern and practical version of the penny-farthing, which had been the main mode of two-wheeled transportation up until that point. 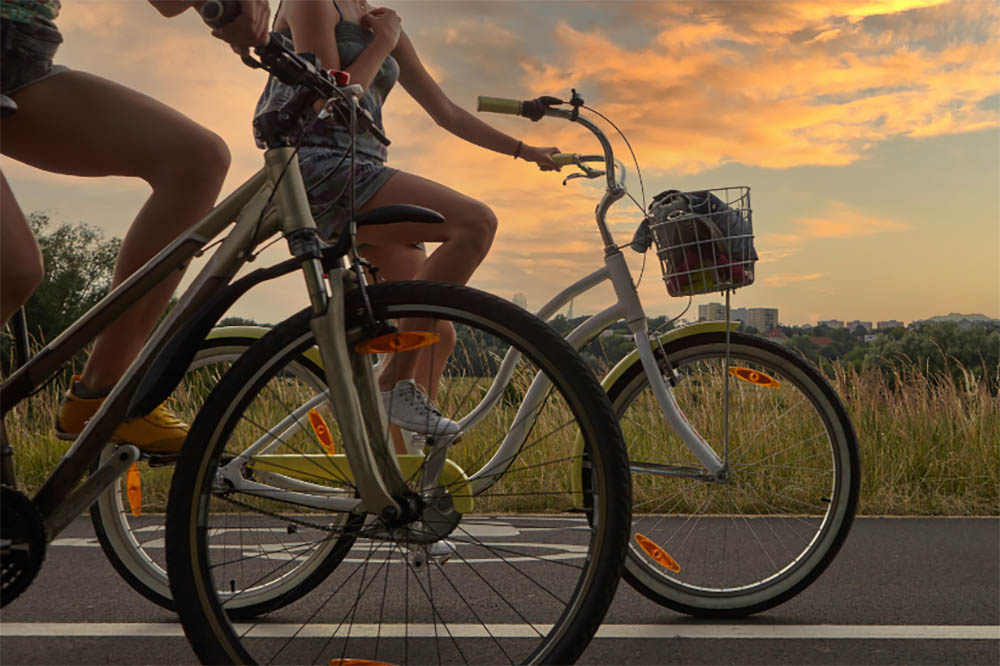 William Elliot Smith was encouraged to design a bike that women could use because he had noticed that his wife struggled to ride a safety bicycle.

This was because women almost exclusively wore dresses, often with very full skirts and petticoats, which was highly impractical when faced with a horizontal bar between the saddle and the handlebars.

Smith’s invention of a crossbar-less bicycle was first brought to public attention in 1888 in the form of a huge women’s bicycle parade.

At around the same time, a man called Herbert Sumber Owen was manufacturing his own women’s bikes without crossbars.

As a result, since the late nineteenth century, bicycles for women have been built without crossbars in order to accommodate women’s skirts.

However, most women who cycle today do not choose to wear dresses while doing so.

If they do, the dresses are certainly not long and cumbersome to the extent that they were in the 1800s.

This makes the lack of crossbars from modern women’s bikes puzzling, to say the least, as there seems to be no logical reason behind it in the present day.

Will Bike Construction Change in the Future?

Now that we’ve established the historical reason behind women’s bikes not being built with crossbars, let’s turn our sights to the future. Will men’s and women’s bikes eventually be built in the same way?

From the evidence we have available to us, we can quite confidently say that, yes, bike construction will eventually evolve to the point where crossbars will be routinely built into both women’s and men’s bikes.

We can already see this starting to happen more frequently throughout the U.S and Europe with modern bicycles.

Although crossbars on women’s bikes are not yet the norm, the developments we are currently seeing in bicycle construction suggest that this won’t take long.

On the other hand, it’s also possible that crossbars will be phased out altogether before long.

Because more and more bikes are being built with stronger, more wear-resistant frames, many bicycles these days (both in the men’s and women’s categories) don’t actually require crossbars to keep them in shape.

So, our prediction is in the foreseeable future, the majority of men’s and women’s bikes will either be built consistently with crossbars or without them.

This is because the majority of modern bike frames are constructed using carbon fiber (although some are still manufactured using steel, aluminum, and titanium).

Carbon fiber is a highly durable material despite also being very lightweight. It has high levels of stiffness, which means it’s unlikely to bend without the support of a crossbar.

It is also resistant to corrosion, heat, and many chemical substances, which eliminates many of the risks associated with weakened bicycle frames.

So, if you own a women’s bicycle that doesn’t have a crossbar, and the frame is made of carbon fiber, don’t worry. Your bicycle’s frame is probably strong enough to support itself as it is.

On the other hand, if your women’s bike is made from aluminum or steel, it might be worth investing in a crossbar attachment.

This Frame Adaptor from Thule, for example, is essentially a crossbar that you can clip onto your bike’s frame.

It’s adjustable, so it will fit the majority of women’s bike sizes, and it’s also suitable for children’s bikes. Plus, the 360 locking function keeps the bar firmly in place, so it’s almost equally as secure as a built-in crossbar.

To summarize, men’s bikes have crossbars while women’s do not because the first women’s bikes in the late 19th century were built without them to accommodate for women’s clothing.

However, the difference in construction between men’s and women’s bikes is starting to be reduced due to the fact that most women do not cycle wearing dresses today, and most modern bike frames are strong enough without crossbars in any case.